It’s vital to eat well-balanced meals at any time, but it’s more important when you’re pregnant. Some meals and beverages may raise your and your baby’s risk of injury during pregnancy. When it seems like there are so many foods to avoid during pregnancy, it might be intimidating, but there are still plenty of foods you can consume while pregnant.

Some meals must be cooked or prepared in a specific way, while others should be avoided entirely. As your baby’s developing body requires certain nutrients, vitamins, and minerals, therefore you must follow a pregnancy diet chart with the doctor’s guidance. While most meals are acceptable to eat while pregnant, there are several items to avoid.

Foods to Avoid While Pregnant

Raw Meat: Due to the risk of coliform bacteria, toxoplasmosis, and salmonella infection, uncooked shellfish, rare or undercooked beef, and undercooked poultry should be avoided during pregnancy. 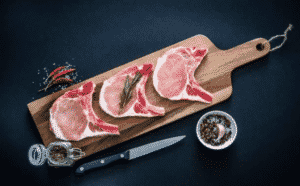 Deli Meat: Deli meats have been found to be tainted with listeria, which has been linked to miscarriage in the past. It is possible for Listeria to pass through the placenta and infect the unborn child, which could result in infection or blood poisoning, both of which are potentially life-threatening. 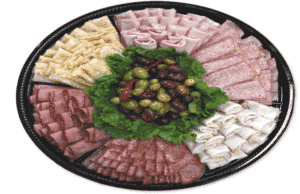 If you are pregnant and you are thinking of eating deli meats, make sure to reheat the meat until it is boiling hot before eating it.

Fish with Mercury: Those who consume fish that contain high amounts of mercury should do so with caution. The consumption of mercury during pregnancy has been related to developmental delays and brain damage in infants and children. Shark, swordfish, king mackerel, and tilefish are just a few of the varieties of fish that fall within this category. Canned, chunk light tuna has a lower mercury content than other tuna, but it should still be consumed in moderation because of its high fat content. 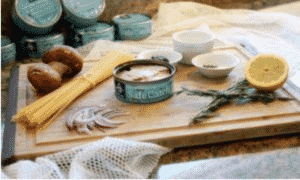 Smoked Seafood: The consumption of chilled, smoked fish, such as lox, nova style, kippered, or jerky, should be avoided due to the possibility that it is contaminated with listeriosis. (When they are used as an ingredient in a cooked meal, such as a casserole, they are considered safe to consume.) 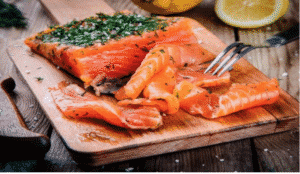 It is common to find this type of fish in the deli department of your local grocery store. Generally speaking, canned or shelf-stable smoked seafood is safe to consume.

Fish Exposed to Industrial Pollutants: Avoid eating fish from contaminated lakes and rivers because they may have been exposed to high amounts of polychlorinated biphenyls and other contaminants. Most of the people who read this are fishermen who fish in local lakes and streams. Bluefish, striped bass, salmon, pike, trout, and walleye are some of the species that inhabit this area. To find out which fish are safe to eat in your area, check with your local health department or the Environmental Protection Agency. Keep in mind that this is only applicable to fish taken in local waters, not fish purchased from your local grocery shop.

Raw Shellfish: Shellfish such as oysters, clams, and mussels that are not properly cooked are responsible for the vast majority of seafood-borne illnesses. Diseases caused by algae, such as those linked with red tides, can be prevented by cooking. However, cooking does not prevent all infections caused by algae. Everybody should be concerned about raw shellfish, and they should be avoided entirely during pregnancy.

Raw Eggs: Because of the possibility of exposure to salmonella, raw eggs and any dishes containing raw eggs should be avoided at all costs. Uncooked eggs may be used in some homemade Caesar dressings, mayonnaise, handmade ice cream or custards, and Hollandaise sauces (to name a few examples). 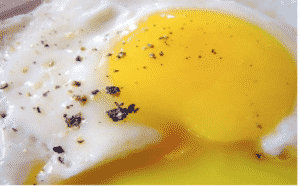 If the recipe is cooked at some stage, the risk of being exposed to salmonella is reduced significantly. Commercially manufactured ice cream, salad dressings, and eggnog are made using pasteurized eggs and do not pose a danger of salmonella infection to consumers. Sorry, but if the raw cookie dough contains raw eggs, you should probably refrain from eating it as well. Pasteurized eggs should be used in any recipe that calls for raw eggs, such as Hollandaise sauce or salad dressings, in order to protect customers from food poisoning.

All soft, non-imported cheeses made with milk that has been pasteurized are safe to eat, even if they aren’t from the United States.

Unpasteurized Milk: There is a lot of milk in the India that has been pasteurized and is safe to drink. People can get food poisoning from toxoplasmosis, listeriosis, and Campylobacter if they eat milk that has been heated. 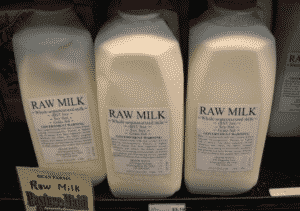 In some farm and health food stores, you can buy milk that hasn’t been pasteurized. You should stay away from milk and products made from it. Cream, yogurt, milk from goats and sheep, and other dairy products are some of the things that these products can be made from. If you only have unpasteurized milk, boil it before you use it. 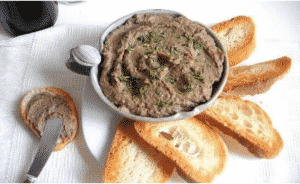 This is because they may have listeria in them. Listeriosis is caused by bacteria that can cause an illness that can be very bad for your health. Listeriosis can hurt a baby while it is in the womb or make a newborn very sick.

There are some stores that sell raw, unpasteurized juice in the refrigerated case. If you see the required warning label, stay away. You can also buy juice in boxes and bottles at the grocery store and it is also safe.

Caffeine: While most research show that moderate caffeine consumption is safe, some suggest that it may cause miscarriages. It may be best to avoid coffee in the first trimester to avoid miscarriage. Caffeine intake should be kept under 200 mg per day during pregnancy. That’s a 12-ounce coffee cup. To help eliminate fluids from the body, caffeine is a diuretic. 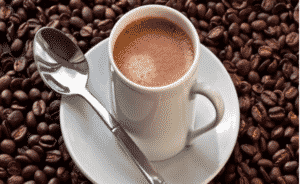 Your favorite Coke, chocolate or energy drink most likely has caffeine. Water and calcium loss can occur. Drink plenty of water, juice, and milk instead of caffeinated beverages. Some studies suggest that caffeine consumption has been linked to miscarriage, early birth, low birth weight, and withdrawal symptoms in babies. While caffeine may be safe in moderation during pregnancy, it is best to check with your doctor about your consumption.

Alcohol: There is no known safe amount of alcohol during pregnancy, so it should be avoided. Prenatal alcohol exposure can harm a baby’s development. Fetal Alcohol Syndrome (FAS) or other developmental abnormalities can result from excessive alcohol drinking during pregnancy. Stop drinking if you drank before you realized you were pregnant. Avoid drinking during breastfeeding. Alcohol exposure to an infant is dangerous, as alcohol can reach the baby through breastfeeding.

Unwashed Vegetables: Vegetables are safe and essential to a healthy diet. However, they must be washed to avoid toxoplasmosis exposure. Toxoplasmosis may be present in the soil.

Raw Sprouts: Don’t eat raw alfalfa, clover, or radish sprouts. Bacteria can enter seeds before sprouting and are difficult to wash out. Check sandwiches at the deli for raw sprouts. Cook sprouts thoroughly at home to kill bacteria.

During pregnancy, certain foods and beverages may increase the risk of injury to you and your unborn child. When it appears that there is a plethora of foods to avoid, it can be daunting. However, there are many foods that are safe to consume while pregnant. Some foods may need to be cooked or prepared in a specific way, while others may be best avoided entirely depending on their nutritional value, because you want best for your baby. 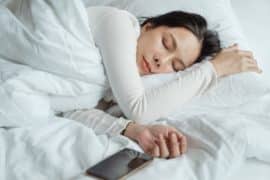 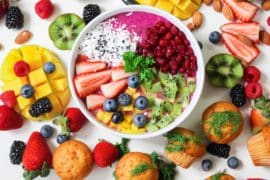 Simple Brunch Ideas for All Ages 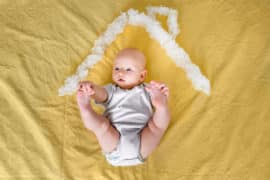 How To Get Your Home Ready For Baby 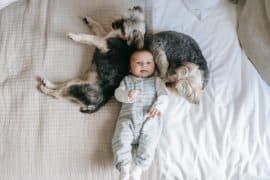 Introducing Baby to Your Pets 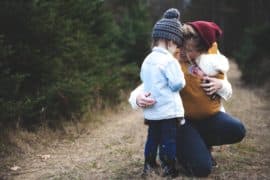 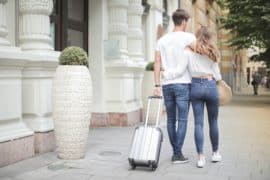 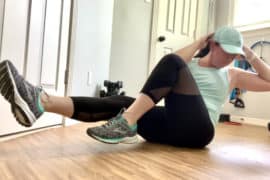 The Top 10 Biggest Benefits of Staying in Shape 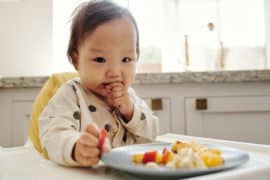 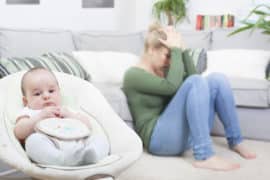